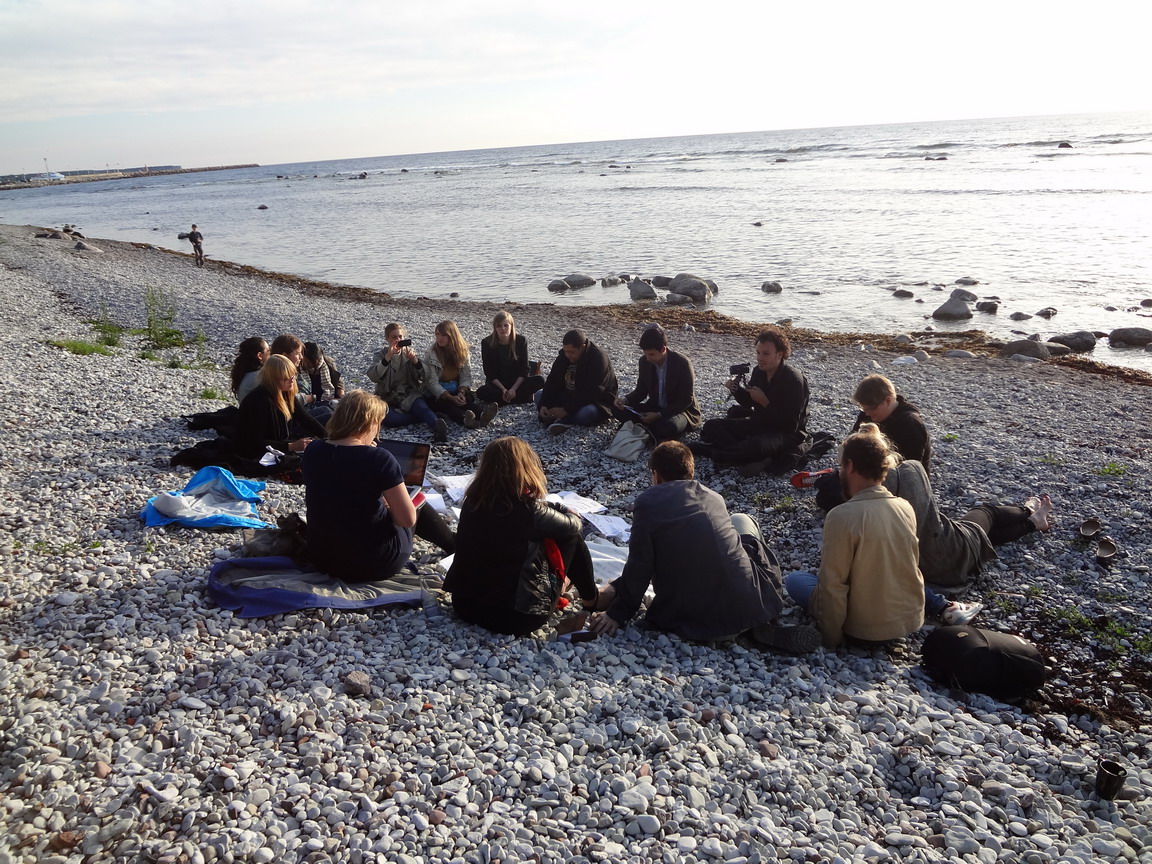 In our times of systemic economic and political crises, rising public indignation and anxiety, artistic projects and exhibitions addressing political issues are once again at the forefront of critical attention.

The objective of Curating the Political, the first in the new series of PERPETUUM LABS / BAC, is to engage in a sanguine comparative debate on prominent professional curatorial and artistic projects addressing the relation of art and politics. The next instance in this series will be Curating the Social, PERPETUUM LABS / BAC 2 at Kallio Kunsthalle, Helsinki.

PERPETUUM LABS / BAC 1 – Curating the Political is a 3-day event for professional debate and criticism, constructive and dissenting opinions on (primarily exhibition) practices in the field. The LAB will use prominent case-studies in curatorial practice as starting points, while drawing on theoretical texts, academic research and activist practice. Each LAB will also develop new approaches and potentials for future projects. (For example, it may be possible to develop a case study with young curators based around the events at the political week Almedalsveckan, that takes place in Visby every June.)

The topics of the 3-day Curatorial Peer-to-Peer are the following:

What are contemporary “political” artistic and curatorial strategies, their pitfalls (e.g. appropriation by the institutions being critiqued) and successes? What is critical art, radical art, subversive art, provocative art, activist art, etc.? Is this current language of the intersection of politics and art appropriate and sufficient?

How are politics, art and political action related? Is “art for the sake of politics” legitimate? Is the demand for “autonomy” only tactical, is it strategic, or truly a philosophical position? What is the relation of art, its “laboratories” and Realpolitik? Is political art living up to its self-conception of being ahead – or at least abreast – of our times?

What role can/does contemporary art play in examining and articulating the current political state of affairs? How do large-format exhibition projects approach, present, and reflect on acute political and social conflicts? What complications emerge?

Discussions will be based both on recent projects of the invited international experts and a selection of recent exhibitions, biennials and projects. These will include projects like dOCUMENTA (13), Berlin Biennale 7, Truth Is Concrete (Steirischer Herbst, Graz) and Meeting Points 6.

The activities include individual presentations of participants-projects, tutoring in working groups and collective discussion formats – both traditional and innovative, such as the Valuation Chamber format developed by The Arts Assembly. The maximum number of participants will be 10. The working language is English.

(in alphabetical order, see bios below)

Bassam El Baroni is a curator and art critic based in Alexandria, Egypt. In 2005 he co-founded the non-profit art space Alexandria Contemporary Arts Forum (ACAF), and was its Director until December 2012. In 2010, he was co-curator of Manifesta 8, Murcia, Spain. Other exhibitions and projects include: When it Stops Dripping from the Ceiling (An Exhibition That Thinks About Edification), Kadist Art Foundation, Paris (2012); Trapped in Amber (with Helga-Marie Nordby), UKS, Oslo (2009); the online collaboration The ARPANET Dialogues (with Nav Haq and Jeremy Beaudry, 2010-Present); the publication Fifteen Ways to Leave Badiou (2011). Currently he is co-curating (with Anne Szefer Karlsen and Eva González-Sancho) the Lofoten International Art Festival (LIAF), Norway, that will open in September 2013. El Baroni is also the current curator of the 36th eva International Biennial, Limerick City, Ireland, opening in April 2014. He has contributed texts to a variety of publications and has delivered papers at a wide range of conferences and symposia including Beyond What Was Contemporary Art, Part Two, The 3rd FORMER WEST Research Congress, Utrecht, Netherlands; Museums Beyond The Crises – CIMAM Annual Conference, SALT, Istanbul (2012); dOCUMENTA (13), Cairo Seminar (2012); and The Human Snapshot, Luma Foundation, Arles (2011). He is also a PhD researcher in the Curatorial/Knowledge program at Goldsmiths, University of London.

Vladan Jeremić (b. 1975) is curator and artists from Belgrade, Serbia. In his curatorial and artistic practice researches the intersection between contemporary art and politics. He was director of the Gallery DOB of the city’s Cultural Center of Belgrade (2008/2009). He has curated more than thirty exhibitions in local and international contexts. Recently curated exhibitions and projects includes: I Will Never Talk About the War Again realized in Färgfabriken in Stockholm (2011) and in Kibla, Maribor (2012); The Perspectives, Part 1 – The scope of political practices of moving images today, Tulca, Galway, Ireland (2011); On Use Value of Art, Babel Art Space, Trondheim (2010); Queer Salon, Cultural Centre of Belgrade (2010); Balkan Exotic, Ondrej Brody & Kristofer Paetau, Cultural Center DOB, Belgrade (2009). He was initiator of the project Call the Witness – 2nd Roma Pavilion at the 54th Venice Biennial and co-author of artworks within the collective Chto Delat? His works are in the collection of MUDAM, Luxemburg, Van Abbemuseum, Eindhoven and Museum Reina Sofia, Madrid.

Nicoline van Harskamp addresses the function and power of the spoken word, and its ability to influence perception and shape thought, both of which are instrumental to politics. Her most recent and ongoing project,Yours in Solidarity, addressing the contemporary history of anarchism through a correspondence archive, was presented in different stages of completion at D+T Project in Brussels, Hillary Crisp Gallery in London, the MUAC in Mexico City, the Frankfurter Kunstverein and Manifesta 9 in Genk. Future presentations will take place at the Shanghai Biennale, the Steirischer Herbst in Graz, GmK Gallery in Zagreb, NON Gallery in Istanbul, Centro SUBTE in Montevideo and Extra City in Antwerp. Recent presentations of other works include the Newtopia Biennial in Mechelen, Performa 11 in New York, the Kadist Foundation in Paris, the SMBA in Amsterdam, the Van Abbemuseum in Eindhoven, the 6th Taipei Biennial and the 4th Bucharest Biennial. Nicoline van Harskamp has staged her live pieces at Witte de With in Rotterdam, the New Museum in New York, the Stedelijk Museum in Amsterdam, the Serralves Foundation in Porto and the Kaaitheater in Brussels. She was a resident artist at, among others, Platform Garanti in Istanbul, the Rijksakademie in Amsterdam and IASPIS in Sweden. In 2009 she won the Dutch Prix de Rome.
She lives and works in Amsterdam, and is lecturer in Fine Arts at the Sandberg Institute, Amsterdam.

Marita Muukkonen has in recent years worked as Curator of HIAP – The Helsinki International Artists-in-Residence Programme and Curator at FRAME-The Finnish Fund for Art Exchange, where she was also the Editor of FRAMEWORK -The Finnish Art Review. Between 2001-2005 she worked at NIFCA- The Nordic Institute for Contemporary Art. Having worked on several Finnish and Nordic

Pavilions at the Venice Biennale, in 2010-2012 she co-curated with Power Ekroth the 1st Nordic Pavillion for the Daka’art Biennial in Senegal. She co-founded Perpetuum Mobilε with Ivor Stodolsky in 2007 (see below).

Born in Budapest, Lívia Páldi is the director of BAC (Baltic Art Center) Visby, Sweden. Previously she worked as curator and chief curator at the Műcsarnok / Kunsthalle Budapest between 2005 and 2011 where she has organized numerous exhibitions,including “Other Voices, Other Rooms—Attempt(s) at Reconstruction. 50 Years of the Balázs Béla Studio,” (2009); “Mircea Cantor: Future Gifts,”(2008); “Deimantas Narkevičius: History Continued,” (2007); “!REVOLUTION?” (with Ulrike Kremeier), (2007); and “Dreamlands Burn,” Nordic Art Show 2006 (with Edit Molnár), (2006). Páldi has edited several exhibition catalogues; she was a contributing editor of East Art Map magazine and book organized by the artist collaborative IRWIN in Ljubljana (2002–5). She was one of the curatorial agents of dOCUMENTA (13).

Perpetuum Mobilε, co-founded by Ivor Stodolsky and Marita Muukkonen in 2007, is a curatorial vehicle which brings together art, practice and enquiry. It acts as a conduit and engine to re-imagine certain basic historical, theoretical as well as practical paradigms in fields which often exist in disparate institutional frames and territories. PM has worked extensively at the Nordic region, European and international level.

Perpetuum Mobilε develops longer-term thematic projects including conferences, workshops, residencies and small and large exhibitions. The first such umbrella-project, the Aleksanteri Cultural Fora, wedded an international conference with a multi-part exhibition at Kiasma Museum of Contemporary Art, Helsinki (The Raw, The Cooked and The Packaged – The Archive of Perestroika Art), film-screenings and publications including FRAMEWORK 8 (In Need of Openess / Paths Not Taken). PM’s new thematic project, A Re-Aligned Art, includes partners in Finland, Germany, Sweden and Norway. Ongoing PM platforms include The Perpetual Gypsy Pavilion, launched during the 53rd Venice Biennale in 2009 and The Arts Assembly, an art-and-debate format which has been deployed in a diversity of contexts, including ACSI in Helsinki, the 8th Manifesta Biennale, ENSBA in Paris and CAFA in Beijing.

BAC – Baltic Art Center is a production office, a research, work- and meeting place for artists, curators, contemporary art writers and thinkers that develops, tests and runs a variety of production- and residency programs. By placing the artistic and curatorial process, research and experimentation at the centre of its activities BAC brings together different methods, practices and learning experience through collaborative engagements with local, national and international partners that have a critical engagement with ways of thinking around our contemporary conditions. BAC operates on a project-by-project basis together with different partners in Sweden and internationally. It arranges and gives space to artist talks, public discussions, events and screenings in conjunction with its residency and production program. Its activities may include field trips, seminars, workshops, performance lectures, interviews, expert meetings and result in temporary displays, broadcasts, and publications.

The project is supported by the Nordisk Kulturfond / Nordic Culture Fund and Riksutstallningar /The Swedish Exhibition Agency.