“The Tape Never Lies” is an autonomous act of the institutional opera “Spoken Exhibitions” prepared by Sebastian Cichocki, Michał Libera, Jarosław Trybuś and Grzegorz Piątek. The audio drama in three acts draws its inspiration from non-mainstream projects, familiar only to a handful of specialists, in art, music and architecture – projects never carried out or missing documentation. Spoken Exhibitions are a textual collage divided into roles, composed of both existing and imaginary notes, manifestoes and postulates of artists.

“The Tape Never Lies” by Michał Libera is a mockumentary bringing together three infamous thieves of sound. Kicking off from a never displayed and never photocopied score of Krzysztof Pendercki’s “Psalmus”, diving into the history of inventing a stethoscope and ending up with a recording of a recording of a piece of anecdotal music. All referring to visions of Edgar Varese. A reading session accompanied by a soundtrack consisting of music by Krzysztof Penderecki, John Tilbury, Rinus van Alebeek and many others. 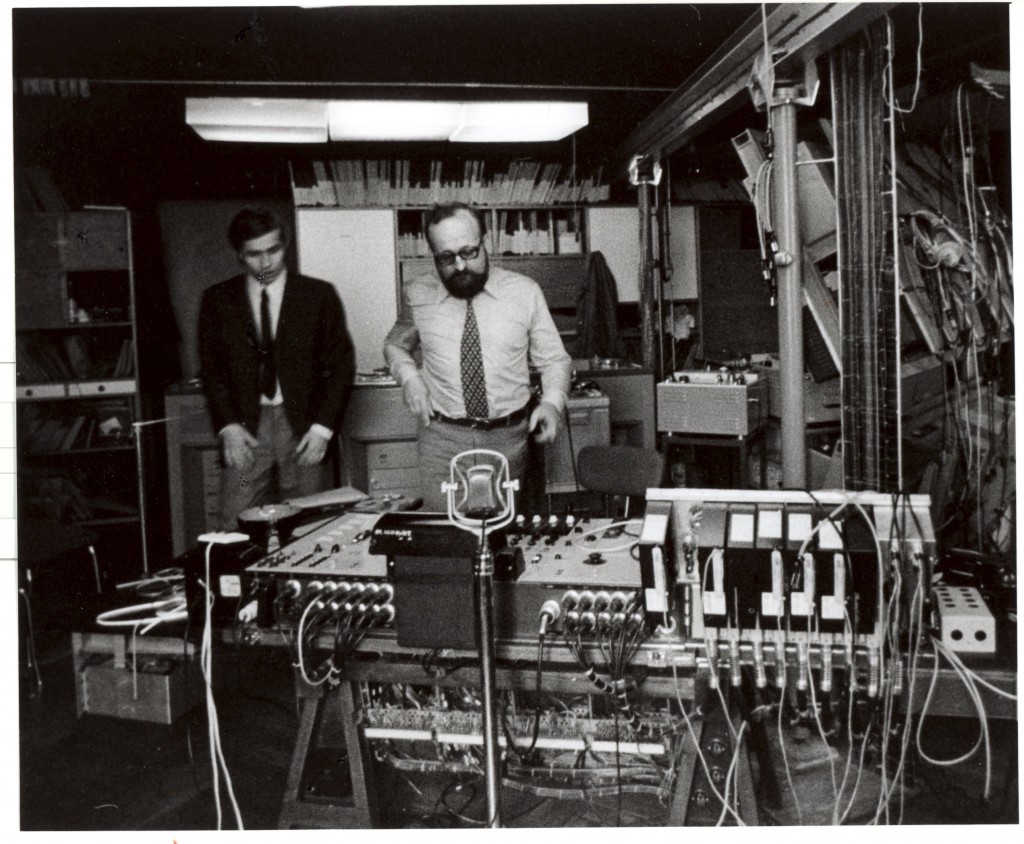