If You want to see a film from the exhibition click here (448 k).

Jårg Geismar was born in 1958 on Gotland in Sweden, where his father worked as a dentist. The family returned to Germany six years later, but they reside every summer in Gotland.

Geismar studied at the Academy of Art in Düsseldorf, the academy Joseph Beuys called “home” and also the starting point for Geismar’s brand of “social sculpture”. After completing his Meisterschüler he received a DAAD-grant to continue his studies at the New School for Social Research in New York where he graduated with a Master degree of Fine Art. He has been exhibiting worldwide with large projects in Japan, USA, Spain, France, Belgium, etc. In Sweden, Jårg Geismar has carried out the exhibition for example: project “LIVING, LOVING AND DOING” as an exchange project between Gävle and Lusaka (Zambia) and has been Artist-in-Residency at IASPIS in Stockholm.

Jårg Geismar’s artistic work often takes the character of installations, an impressively large number of projects which sometime involve other artists or give the possibility for the audience to participate in his work. In the “INBETWEEN” project the artist collaborated with Adem Yilmaz as a part of the Turkish contribution to the Venice Biennial. Forty-five showcases in front of the entrance to Giardini displayed works by artists from as many countries. Their identities remained unknown for nearly half the Biennial, quite a statement in this festival of famous names.

Identity (and memory) are crucial parts of this exhibition, where Geismar returns to his birthplace, Burgsvik. He views Gotland with an “international eye”. At the same time it is a profound and very personal observation/exhibition brought about by the death of his father in Burgsvik last year; an affectionate balancing act on the border between the private and the universal, dealing with critical issues such as communication, birth, death, origins, authenticity and clichés in a thought-provoking and positive manner.

In the spring of 2003, Jårg Geismar will mount a large-scale exhibition at the Liljevalchs Konsthall in Stockholm. 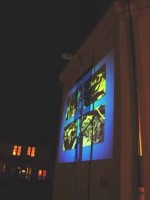 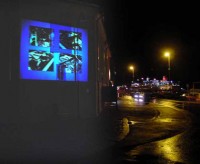 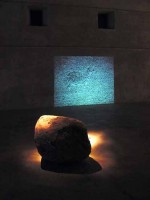 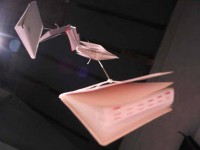 Links to Exhibitions and Interviews