BAC during the Almedalen Week

As part of an ongoing collaboration, a group of artists, curators, and critics who share an interest in Swedish politics and this autumn’s parliamentary election, will contribute to the official Almedalen Week. It is a week devoted to political speeches, seminars and lobby activity in the Almedalen park in Visby. During 5-7 July a number of performative interventions, collective manifestations, and conversations will be organised. The group consists of Anna Ahlstrand, Petra Bauer, Kim Einarsson, Malmö Fria Kvinnouniversitet (Lisa Nyberg & Johanna Gustavsson), Michele Masucci, Lisa Rosendahl, Judith Schwarzbart, Fredrik Svensk, and Sofia Wiberg. A public seminar addressing the construction of the Almedalen Week through images and narrations is held on 7 July at Baltic Art Center. More here 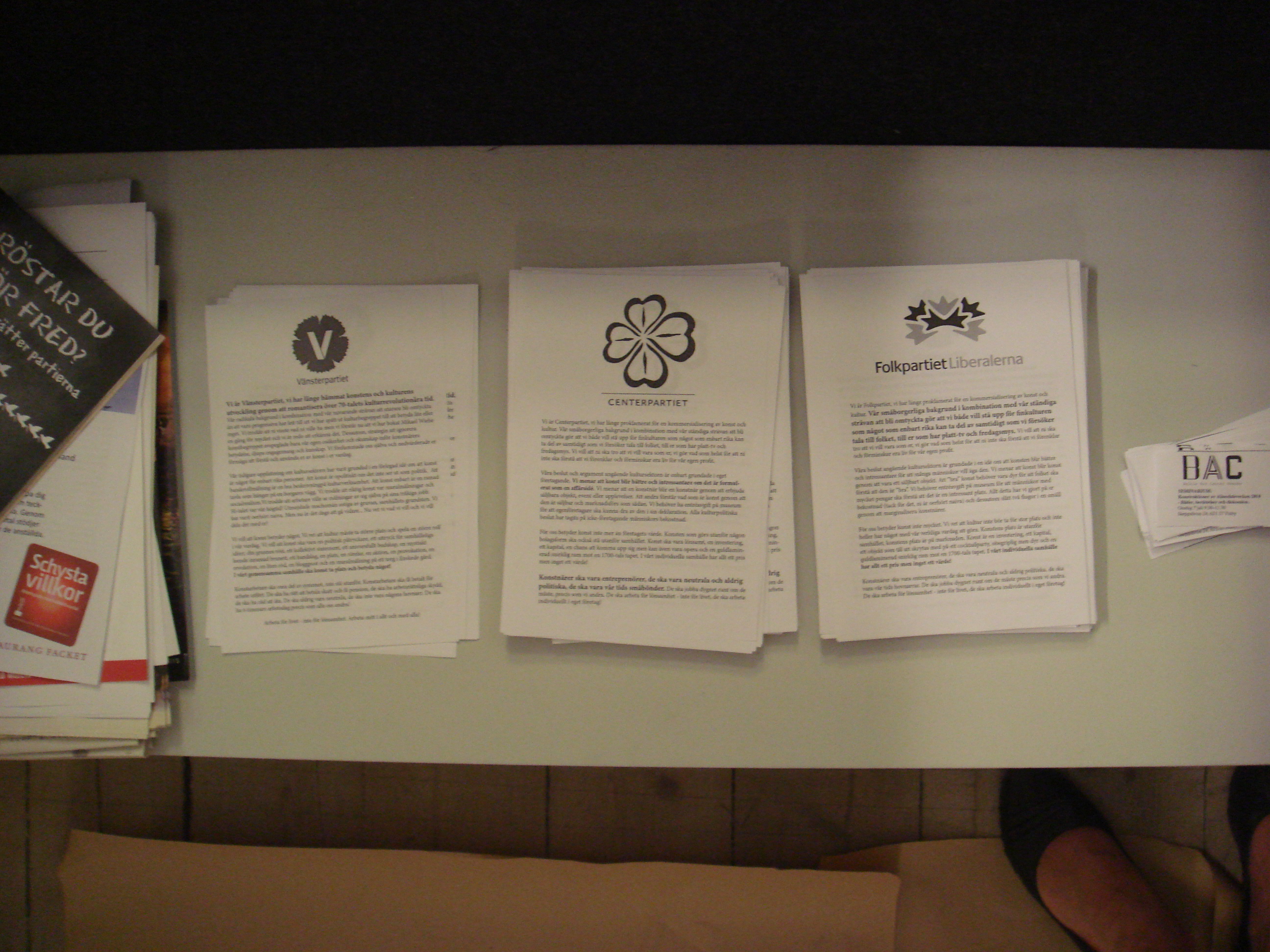 A series of muck-up manifestos on cultural policy has been distributed during presentational events for various political parties.

WE ARE ALL GREEK WORKERS

Intervention in the debate event: Hur blir Sverige spjutspetsen på den globala marknaden efter finanskrisen? (How does Sweden become the spearhead at the global market after the financial crisis?) 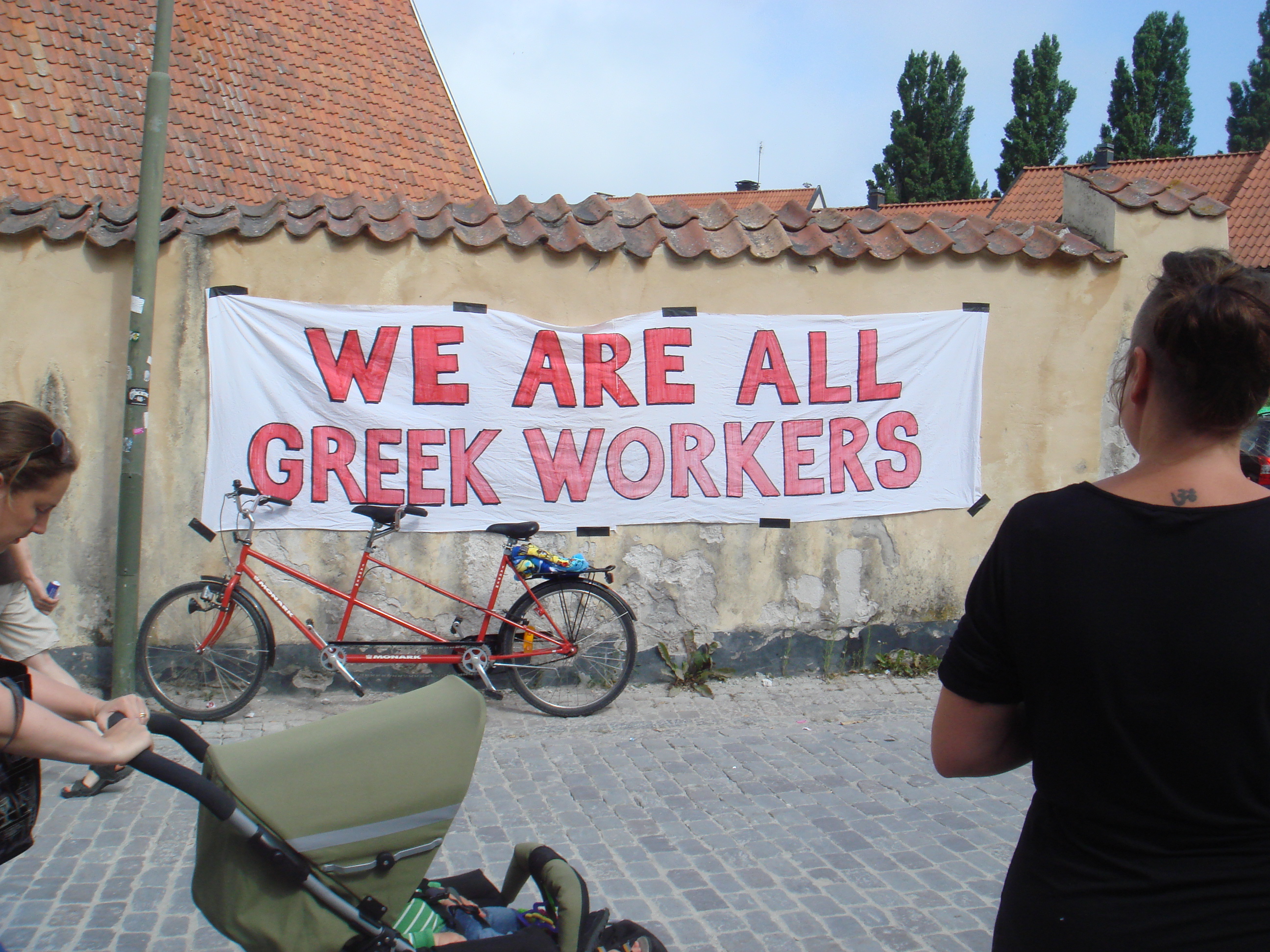 The intervention was inspired by the idea of identification as a form of solidarity, or with Jacques Rancière’s words: “The essential message of a solidarity movement is not, “We are equal to those who oppress us.” It is, “We stand alongside those who are oppressed, as equals, in the creation of a single political subject.””