“A Toll on Rituals”

“Piktori” describes how the end of the dictatorship in Albania brought about a situation where freedom and anarchy were mixed together. Among the kiosks that started to appear with signs like ”Fruits & Vegetables” and ”Bicycle repair” were also signs that said ”Painter”. In these small kiosks were produced at the same time paintings in oil, copies of work of art, slogans and false documents starting from birth certificates and ending with death certificates. Paci asks questions about the role of the artist in society, the relationship of the handcraft work and the artistic action, the difficulty today of defining the artist as such.

The second work is entitled “Vajtojca,” the Weeper. It documents and testifies to the attempt of the artist to construct a live dialogue with the presence of death. Adrian Paci has drawn inspiration from an custom of the Balkan region, which sees in the mourning of the dead a profession with very precise ritual norms.

The artist also presents a new work commissioned for the exhibition at BAC; “Happy Birthday from Shkodra TV 1”. The project consists of asking some families from Shkodra to “adopt” five international young artists, sending for their birthday a greeting in TV Shkodra with the pictures of their art works. The borders between private and public, “high” and “low” culture, centre and periphery, are remixed with the simple gesture of a birthday greeting in the local TV channel, and art becomes a way for communication between people.

As an introduction to the ouvre of Adrian Paci, BAC also shows two earlier works with a starting point in the artists own experiences from the mass desertion from Albania to Italy, and its consequences.

“Albanian Stories”, with his little daughter telling a story about political oppression as a fairytale, and “Believe me I am an artist” where the artist confronted with the Italian police is forced to defend himself, the contemporary art and his role as an artist.

Adrian Paci was born in Shkoder, Albania, in 1969. He lives and works in Milan. Paci is well-known to the international art audience for his participation in Tirana Biennale, Manifesta 3 Ljubljana, Bildmuseet Umeå, Venice Biennale 2000, Valencia Biennale, BINZ39 Zürich and IFA Berlin. 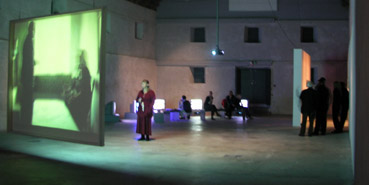 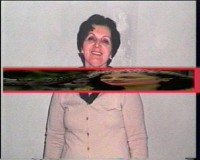 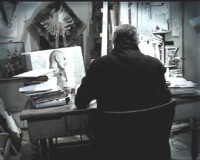 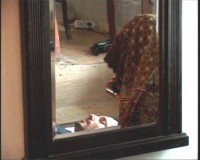